How to Upcycle an Old Chair 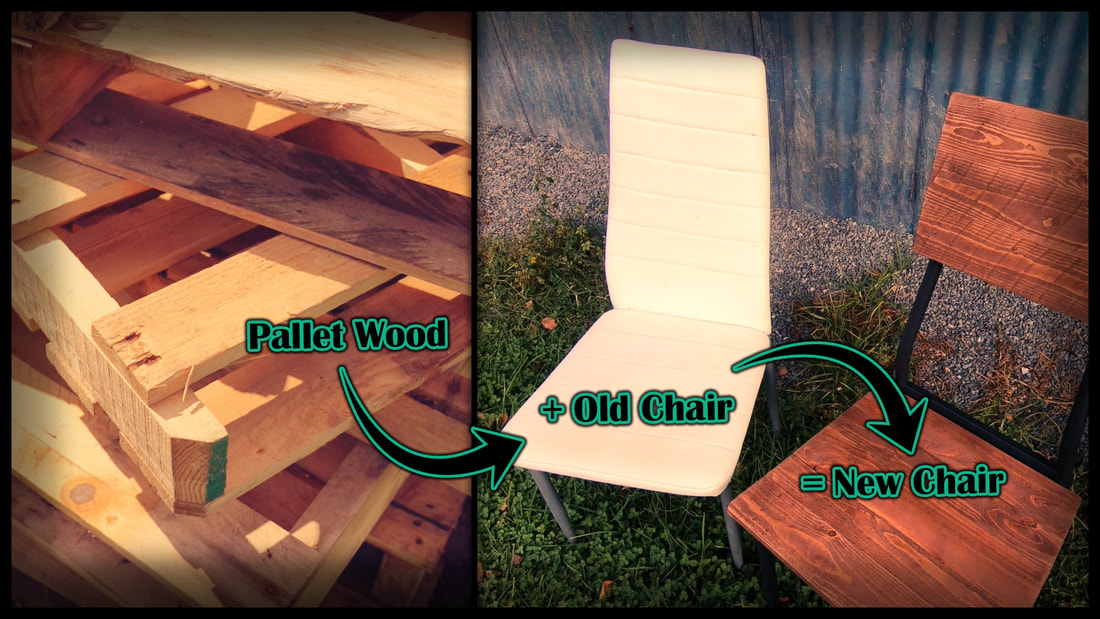 In this DIY, I turned a pallet and an old chair
into a New Rustic Style chair.

I used both the pallet palings and the pallet stringers in this build.
My sister was dumping a set of 4 upholstered chairs.
The chairs were full of mould and rot from flood damage.
Here is a bit of a look at the before and after.
My sister did not even recognize them.
I first removed the old seat.
This was attached with 4 screws from the underside.
The backrest just slipped off over the top like a sock.
I cut some palings with extra overhang.
And laid them on the seat area.
I used the pre-existing holes in the frame to attach 2 of the 5 palings.
I cut the nails off of the pallet stringers, with an angle grinder.
I do this because it is easier and quicker than removing them.
I can then rip them in half length ways, down the table saw.
I am attaching 2 lengths underneath the paling seat.
Pre-drill and countersink a hole, inline with every paling above it.
This is what will hold the entire seat together as 1 piece.

Mark an overhang around the 2 sides and the front edge.
I used the width of my speed square as a guide.
I then removed the 4 screws from the underside of the frame.
Lifted off the seat
and cut off the excess from around the edges. 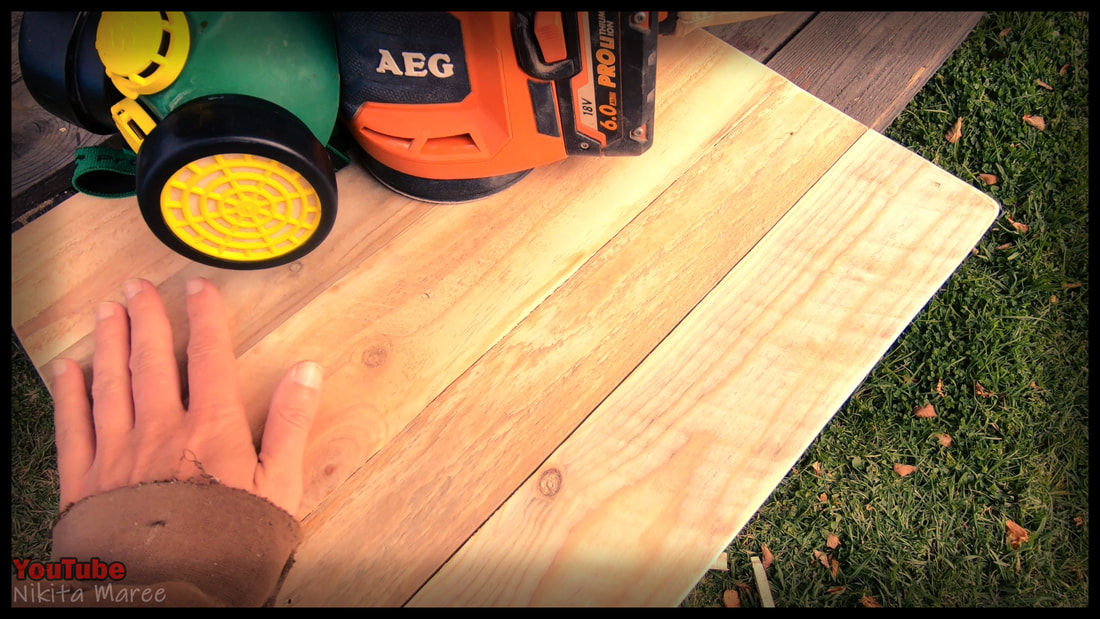 I sanded the entire surface with an 80 grit
and then again with a 120 grit.
I also rounded over the corners a little with the sander.
The backrest was made in almost the same way as the seat.
I held up a few palings, cut with an extra long overhang. 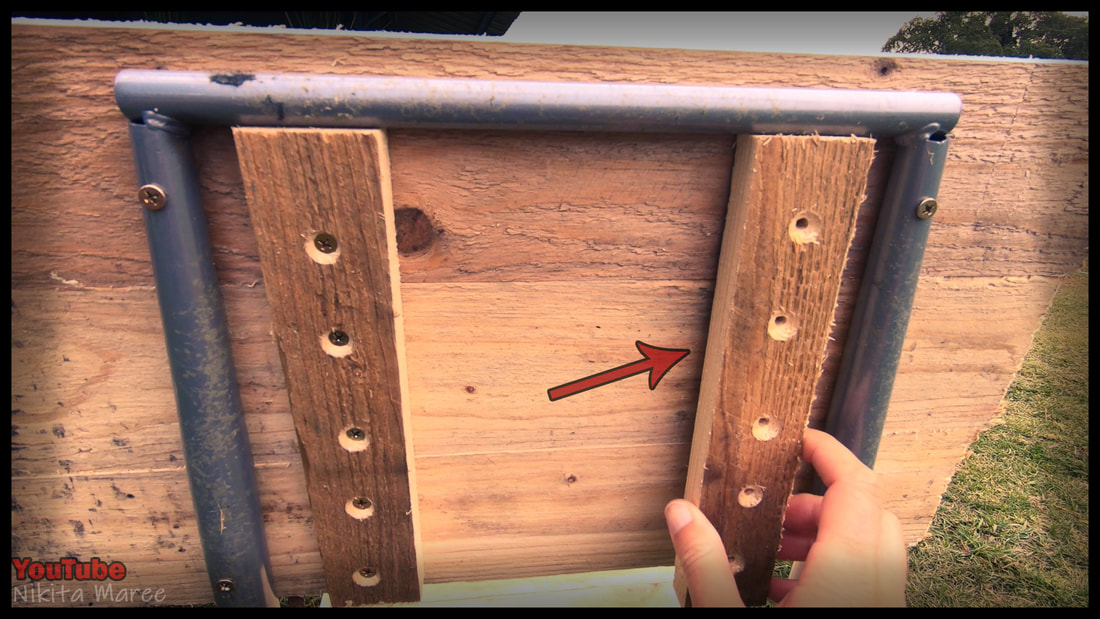 I attached the top and bottom palings through the frame.
Then with 2 ripped lengths, I attached all 3 palings together.
Pre-drilled and countersunk a hole, inline with every paling.
This is what will hold the entire backrest together as 1 piece.
Mark out the overhang.
Remove the backrest and cut off the overhangs.
Sand and round over the corners.
I used a water based decking stain in the colour Merbau.
Watered down to a 1:1 ratio.
For the metal frame, I used a black spray paint
to give the frame a fresh new look.
Once the stain had dried, I then gave the timber a clear coat. 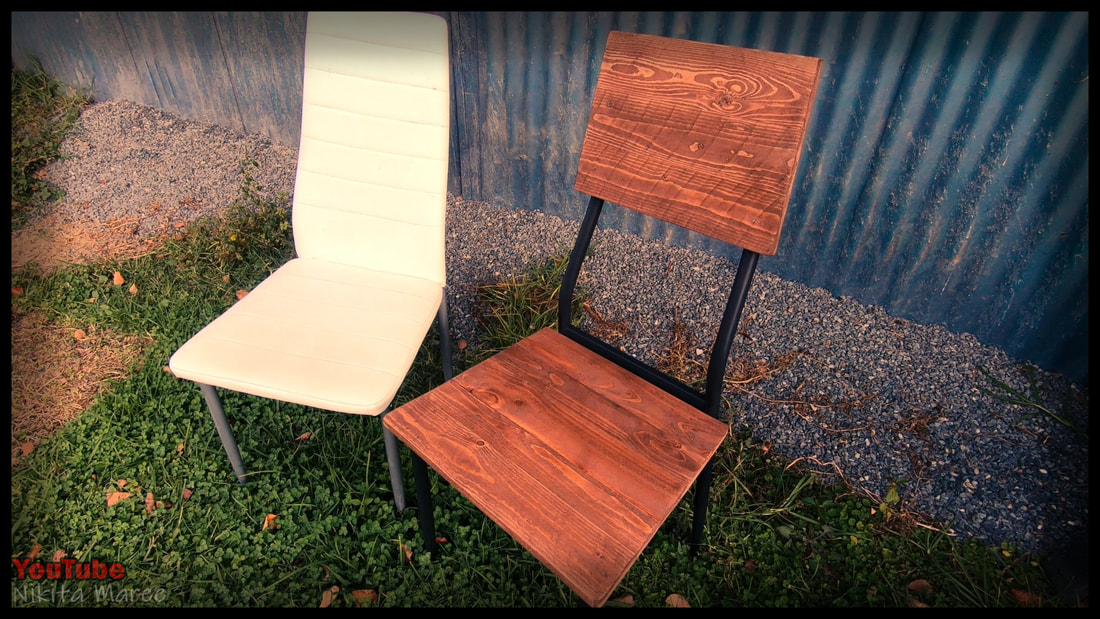 After doing this another 3 times.
We now have a full set of 4 recycled chairs.

For a pile of mouldy chairs on the footpath and a bit of
pallet wood. I think this reclaimed materials project turned out really nice.
Powered by